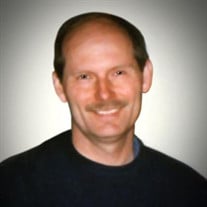 Terry F. Current, 68, of Evansville, passed away Wednesday, November 4, 2020 at North Park Nursing Center. He was born August 23, 1952 in Statesville, North Carolina to the late Frank and Betty (Fortner) Current. Terry was an electronics salesman. He enjoyed cooking, rock and roll music, classic movies, and reading. He is survived by his daughters, Erin Current, of Chicago, IL, and Julie Rohrer, of Evansville; grandchildren, Michael and Journie Lannert; brothers, Keith, Frank, and David Current; sister, Paula Current; and numerous nieces and nephews. In addition to his parents, he was preceded in death by his brothers, Jerry and Daniel Current; and sisters, Debbie Howes and Kathy Current. A Celebration of Life will be held at a later date. Ziemer Funeral Home East Chapel is handling his arrangements. Memorial contributions may be made to the Alzheimer’s Association, 701 N. Weinbach Ave. #510, Evansville, IN 47711. Condolences may be made online at www.ziemerfuneralhome.com.

The family of Terry F. Current created this Life Tributes page to make it easy to share your memories.

Send flowers to the Current family.