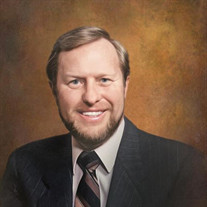 Stephen C. Haas, 84, of Evansville, passed away Thursday, March 10, 2022 surrounded by family and went peacefully after a long illness. Stephen was born in Evansville November 6, 1937 to the late Chester and Erma Haas of Evansville. Stephen graduated from Bosse High School in 1955 and went on to Indiana University and then Indiana University Law School where, in 1963, he earned his Doctor of Jurisprudence. That same year he was admitted to the bar and all Indiana Courts. In 1970, he was admitted to practice before the United States Supreme Court. He started his law career as a Law Clerk for Judge Benjamin Buente. In 1966, he joined the Legal Aid Society of Evansville, and in 1967, he joined the Vanderburgh County Prosecutor’s Office. In 1971, he opened his own successful law practice on North Main Street where he continued to practice until his retirement in 2001. In 1975, he was appointed to be a Vanderburgh County Public Defender, one of only two at the time. He was a lifelong fan of IU Basketball and the Indianapolis 500. He was also an avid tennis player in his younger days. Stephen was a lifelong member of Bethel United church of Christ in Evansville. Stephen is survived by his wife of 48 years, Karen (Burk) Haas; sons, Troy (Penny) Haas of Evansville and Keith (Amber) Haas of Sevierville, TN; grandchildren, Megan Haas of Evansville, Alex Haas and Zachery Haas of Sevierville; great grandsons, Nolan and Colton Travers of Evansville; brother-in-law, Roy Haven; nieces and nephews; and four beloved dogs, Peanut, Charlie, Lilly and Brandy. In addition to his parents, Stephen was preceded in death by his sister, Diane (Haas) Haven of Silver Springs, Maryland; aunt, Bernice Schapker; and grandson, Stephen Elwyn Haas. Visitation will be from 2:00 p.m. to 7:00 p.m. Monday, March 14, 2022 at Ziemer Funeral Home East Chapel, 800 S. Hebron Avenue. Visitation will continue from 10:00 a.m. to 11:00 a.m. Tuesday, March 15, 2022 at the funeral home. Funeral service will begin at 11:00 a.m. with Reverend Samuel Buehrer officiating. Burial will be at Park Lawn Cemetery. In lieu of flowers, memorial contributions may be made to Vanderburgh Humane Society, P.O. Box 6711, Evansville, IN 47719-6711 or the Tri-State Food Bank, 2504 Lynch Road, Evansville, IN 47711. The family would like to thank Dr. Carol Goodman and her staff, Southern Care Hospice and their staff of nurses and aides. Condolences may be made online at www.ziemerfuneralhome.com.

Stephen C. Haas, 84, of Evansville, passed away Thursday, March 10, 2022 surrounded by family and went peacefully after a long illness. Stephen was born in Evansville November 6, 1937 to the late Chester and Erma Haas of Evansville. Stephen... View Obituary & Service Information

The family of Stephen C. Haas created this Life Tributes page to make it easy to share your memories.

Send flowers to the Haas family.