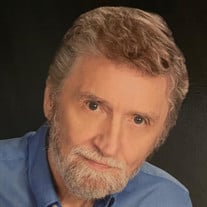 Roger Joseph Kiefer, 85, best known as Podgie to family and friends and Dad to his sons, and Daddy to his daughters, went to Heaven on September 22, 2021. He died with his family and his loving wife of 63 years, Suzie (Gruner) Kiefer at his side. His plans in Heaven are to cook for the Angels. He had been watching cooking shows for the last several years during his long illness to prepare for this effort. Podgie was born on June 26, 1936, in Evansville, IN where he resided his entire life. He was the 2nd son and one of 4 children to Edward A. and Mona E. (Leinenbach) Kiefer. He attended St. Benedict grade school where he was an altar boy and later attended Reitz Memorial High School, which was across the street from where he grew up. After high school, Podgie attended Evansville College for 2 years and then married the love of his life, Suzie Kiefer. They were married on June 7, 1958 and set a great example for their children by showing devotion to each other for 63 years. Podgie was a devoted Catholic who never missed Mass and loved nothing more than receiving Holy Communion. He was a member of St. Benedict Cathedral for most of his life, except for short periods where he attended Nativity Church and Christ the King Church while his children attended school there. While at Nativity, Podgie was active with Youth Ministries. Most importantly, Podgie was an example to his children in the Christian faith and to the Good News that Christ is our Redeemer. Podgie was an early volunteer for equal rights. He volunteered during the hectic times of the 1960s for better treatment of all races. He was elected as First Vice President of the local branch of the NAACP in 1968. He always took pride in teaching his children to treat all people with equality and respect. Podgie is survived by his loving wife, Suzie, his children, Chris (Denise), Kurt (Tammy), Kary (Sara), Joe (Jo Ann), Mark (Kathy), Kim Marshall (Scott), and Kelli Remmel. He is also survived by 18 grandchildren and 14 great grandchildren and by his loving sisters, Andrea (Kiefer) Tepool and Ramona (Kiefer) Paul along with many nieces/nephews, great nieces/nephews, and a very large extended family. He was preceded in death by his parents, Edward A. and Mona E. (Leinenbach) Kiefer and his brother Edward H. Kiefer and brother-in-law, Donald Tepool and son-in-law Michael Remmel. Visitation will be held on Saturday, September 25, 2021, at St. Benedict Cathedral, 1328 Lincoln Ave. starting at 11:30 AM with Mass following at 1:00 PM. Burial will be at St. Joseph Cemetery. In lieu of flowers, donations to St. Benedict Cathedral, 1328 Lincoln Avenue, Evansville, IN 47714, in his name would be appreciated. Condolences may be made online at www.ziemerfuneralhome.com.

Roger Joseph Kiefer, 85, best known as Podgie to family and friends and Dad to his sons, and Daddy to his daughters, went to Heaven on September 22, 2021. He died with his family and his loving wife of 63 years, Suzie (Gruner) Kiefer at his... View Obituary & Service Information

The family of Roger Joseph Kiefer created this Life Tributes page to make it easy to share your memories.

Send flowers to the Kiefer family.