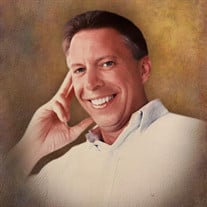 Richard “Dick” Zirkle peacefully went to be with his loving Lord and Savior Jesus Christ surrounded by his family on Monday, November 29, 2021. He was 72 years old. Dick was born in Akron, Ohio, on November 1, 1949, to Richard and Carol (Gentry) Zirkle. He was a graduate of Clarksville (Ind.) High School and Indiana University-Bloomington. Dick served his country with honor and distinction for more than 25 years, in the Indiana National Guard (38th Inf. Div.) & in the U.S. Army Reserves, retiring as a Lt. Colonel in 1995. Dick has been co-owner of Benthall Bros, Inc., an exterior building products company, with Dennis M. Benthall for 49 years. Dick was a member of Lodge No. 64, 32nd Deg., the Hadi Shrine & a friend of Bill W. for 11 years. Throughout his career, Dick served on multiple committees with numerous organizations in the Evansville area, including the Southwestern Indiana Homebuilders Assn. He was a loving and devoted father and husband and a tireless friend to many. He consistently embodied selfless service to others and led by example, never asking of you what he, himself, would not be willing to do if he were able. His family and friends will miss his counsel, wisdom, wit, and humility. He is survived by his wife of 25 years, Madonna Tremont Zirkle; son, Seth (Scarlett) Zirkle, of Newburgh, Indiana; granddaughters Amalia, Agatha, and Agnes; sister, Cindy (Michael, Sr.) Williams of Broken Arrow, Oklahoma; and nephews Brent (Jenny) Williams, of Chicago, Illinois, Jonathan (Kristi) Williams, of Broken Arrow, Oklahoma, Michael (Sarah) Williams, Jr., of Broken Arrow, Oklahoma, and Zachary Williams of Westminster, Colorado. Dick was preceded in death by his parents and his beloved son, Sloane. Visitation will be held from 2:00 p.m. to 7.00 p.m., Friday, December 3, 2021, at Ziemer Funeral Home East Chapel, 800 S. Hebron Ave. Visitation will continue from 11:00 a.m. to 1:00 p.m., Saturday, December 4, 2021 at the funeral home. Funeral services will begin at 1:00 p.m. Saturday, at the funeral home, with Father Alex Zenthoefer officiating. Burial with military honors will be at Alexander Memorial Park, 2200 Mesker Park Drive, Evansville, IN. In honor of Dick’s love of his son Sloane’s cherished dog, Sadi, and her feline companions, Oola, Murphy & Milo, the family asks that donations be made to the Warrick Humane Society, 5722 S. Vann Rd., Newburgh, IN 47630 &/or the Vanderburgh County Humane Society, P.O. Box 6711, Evansville, IN 47719-6711, in lieu of flowers. Condolences may be made online at www.ziemerfuneralhome.com.

The family of Richard L. Zirkle, Jr. created this Life Tributes page to make it easy to share your memories.

Richard “Dick” Zirkle peacefully went to be with his loving Lord...

Send flowers to the Zirkle, family.