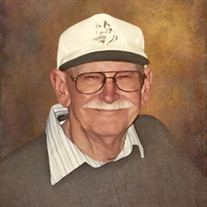 Reginald “Neal” Davis, 88, of Evansville, passed away Thursday, January 20, 2022 at the Heritage Center. He was born January 11, 1934 in Samson, Alabama to the late Malcolm and Sally (Daugherty) Davis. Neal retired from National City Bank in 1996. He was a Korean War Army veteran and a member of the VFW #1114. Neal was also a member of The Connection Church, AARP and SWIRCA. He was an animal lover and enjoyed bowling. He is survived by his wife of 66 years, Patsy; son, Stanley Davis; daughter, Gina Davis; daughter-in-law, Rose Davis; grandchildren, Kristi (Chad) Qualls, Nathan (Janelle) Crowder, April DeMoss, Brad Davis, and Joyce Hardin; and eleven great grandchildren. In addition to his parents, Neal was preceded in death by his son, Jeffrey Davis. Visitation will be from 11:00 a.m. to 1:00 p.m. Monday, February 7, 2022 at Ziemer Funeral Home North Chapel, 6300 N. First Ave., Evansville. Funeral services will begin at 1:00 p.m. at the funeral home with Reverends Darrell and Pam Rice officiating. Entombment will be at St. Joseph Mausoleum. Memorial contributions may be made to The Connection Church, 3700 Kansas Road, Evansville, IN 47725. Condolences may be made online at www.ziemerfuneralhome.com.

The family of Reginald "Neal" Davis created this Life Tributes page to make it easy to share your memories.

Send flowers to the Davis family.