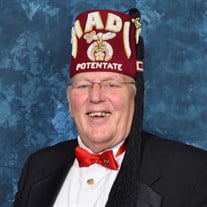 Michael Stephen Stader, 79, of Evansville, passed away December 23, 2021 at Ascension St. Vincent Hospital in Evansville. He was born February 11, 1942 in Evansville to the late Perry and Ima Jewel (Ellis) Stader Mike served as a sergeant in the U.S. Army from 1960-1963. While in the Army, he served as an MP and was transferred to the 82nd Airborne until he was honorably discharged. He attended the University of Evansville. He worked for 48 years in sales and technical services at Red Spot Paint & Varnish Company, and retired in 2011. While at Red Spot, he earned his private pilot’s license with a multi-engine instrument rating. Mike enjoyed flying the Red Spot corporate aircraft and logged over 14,000 hours as pilot in command. He was Red Spot’s first regional manager and received their first ever sales excellence award. Mike has life memberships in the American Legion, the VFW, and the Eagles. He served twice as post commander of the Newburgh VFW. He is a Kentucky Colonel, member of the Society of Plastic Engineers, the Society of Vacuum Metallizers and was the first male Girl Scout leader in Indiana. He joined Newburgh Masonic Lodge #174 in 1982. He was a member of the Hadi Shrine and served as Potentate in 2017. Mike was a member of the Hadi Hospital Staff and made over 100 trips to Shriner hospitals. He was also a member of the Car Club, Arab Patrol, Motor Corps, Mariners, International Shrine Yacht Club and Scottish Rite, York Rite, Sword of Bunker Hill, No-Ruz Grotto, Royal Order of the Tong and Hillbilly Clan #52. Mike enjoyed snow skiing scuba diving, automobiles and spending time with his family. Mike is survived by his wife, Cheryl, of 43 years; daughters, Misty Mills (Keith), Carol Stader (Kelly), Lori Barnett (Kevin), and Kendra Holmes (Chad); sister, Bonita Preston (Tom); 7 grandchildren; 6 great grandchildren; many nieces and nephews, and his companion, Cruiser. In addition to his parents, Mike was preceded in death by his son, Michael S. Stader II and son-in-law, Bobby LaRue. Visitation will be from 2:00 p.m. to 8:00 p.m. Tuesday, December 28, 2021 at Ziemer Funeral Home Central Chapel, 626 First Ave., Evansville, where the Shriners will have a walk through at 6:45 p.m. and the Newburgh Masonic Lodge will conduct a memorial service at 7:00 p.m. Visitation will continue at 11:00 a.m. Wednesday, December 29, 2021 at the funeral home. The funeral service will begin at 11:40 a.m. at the funeral home and continue with a Mass of Christian Burial at 12:00 p.m. at All Saints Parish-St. Anthony Campus, 704 N. First Avenue with Fathers Stephen Lintzenich and Jay Davidson officiating. Entombment will be at Park Lawn Mausoleum where the American Legion Kapperman Post 44 will conduct military honors. There will be a Celebration of Life at the Hadi Shrine from 7:00 p.m. to 9:00 p.m. Thursday, December 30, 2021. Memorial contributions may be made to the Hadi Endowment Fund, P.O. Box 1, Evansville, IN 47701. Condolences may be made online at www.ziemerfuneralhome.com.

Michael Stephen Stader, 79, of Evansville, passed away December 23, 2021 at Ascension St. Vincent Hospital in Evansville. He was born February 11, 1942 in Evansville to the late Perry and Ima Jewel (Ellis) Stader Mike served as a sergeant in... View Obituary & Service Information

The family of Michael Stephen Stader created this Life Tributes page to make it easy to share your memories.

Send flowers to the Stader family.