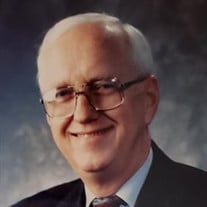 Michael Alan Doris, 83, of Newburgh, IN passed away on October 12th 2020 at Gateway Hospital while holding the hand of his loving wife. Michael was a devoted and loving husband to Barbara Ann! Mike LOVED Indiana University basketball and would always engage his friends with IU basketball Optimism. He literally willed IU to victory over Michigan in 1993, at least that’s what he told us. Mike’s smile and laughter when discussing Indiana will be forever remembered by anyone who called him a friend! Michael was an accomplished man. He graduated from Winslow High School and USI. In 1954 Michael went on to serve his country with a career in the United States Navy. Michael served from 1954-1976 and received numerous medals, commendations and awards, including the Armed Forces Expeditionary Medal, Navy Expeditionary Medal, National Defense Service Medal, Vietnam Service Medal, Republic of Vietnam Campaign Medal with Device, Good Conduct Award with Bronze Star, and the Meritorious Unit Commendation, NEY Award. Michael retired from the Navy in 1976 as a Chief Warrant Officer. After his career in the Navy Michael joined Citizens National Bank in 1976 as a Trust Officer. In 1983 Michael became Vice President and Senior Trust Officer. He served as Senior Vice President and Senior Trust Officer from 1986 through his retirement. During his long career in Wealth Management he achieved so much while serving the needs of his many loyal clients. Michael served as President of the Evansville Kennel Club 1995-1999, President of the Local chapter of the American Heart Association, and served on the Rehabilitation Center Board. Michael was preceded in death by his father, Dr. Jackson Doris; his mother, Virginia (Critchfield) Arnold; his sister, Diana Wargel; his stepdaughter, Lisa Ann and his Very Best Friend, Frank Komar. Michael is survived by his devoted wife, Barbara Ann; his sister-in –law, Francie Reitz Cook (Don), of Evansville; his nephew, Mike Norrick (Anita), of Greenville, SC; his niece, Tracy Meece, of Henderson, KY; his great niece, Ryley Norrick, of Asheville, NC; his great nephew, Benjamin Norrick (Jo-Anne Somera), of Brooklyn, NY; his great niece, Alexis Mudd (Rudy Harvey), of Henderson, KY; and his great great-nephew and nieces, Theo Mudd, Vivian Mudd, and Scotlynn Harvey Also surviving are Tawana Snelling, Laura Lee, and Lacey Utley – the daughters he never had -- along with his beloved jewels, Sapphire Sassy and Ruby Begonia! Due to Covid-19, there will be a private gathering with military honors at St. Joseph Cemetery Chapel. The family would like to thank Warrick County EMT, Newburgh Fire Dept, the staff at Gateway ICU Covid-19 Unit, Dr. Mohammed Allaw, Nurse Becky, and his Dedicated & Faithful Care Giver Tawana Snelling. Memorial Contributions can be made to: Riley Foundation in memory of Michael A Doris c/o Riley’s Children’s Hospital, 30 S. Meridian St. - Room #200, Indianapolis IN, 47204. Condolences may be made online at www.ziemerfuneralhome.com.

Michael Alan Doris, 83, of Newburgh, IN passed away on October 12th 2020 at Gateway Hospital while holding the hand of his loving wife. Michael was a devoted and loving husband to Barbara Ann! Mike LOVED Indiana University basketball and... View Obituary & Service Information

The family of Michael Alan Doris created this Life Tributes page to make it easy to share your memories.

Michael Alan Doris, 83, of Newburgh, IN passed away on October...

Send flowers to the Doris family.