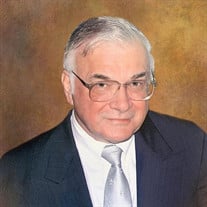 Max Jacob Kremzar, M.D. of Evansville, Indiana passed away on Saturday June 19, 2021 at Deaconess Midtown Hospital in Evansville, Indiana. Max was born in former Yugoslavia, in the country of Slovenia, to his parents the late Mila Ahlin and his late father, Max Kremzar M.D., also a doctor and a general practitioner of many years in Slovenia. Max left Slovenia in his 20’s to leave communism behind and to attend medical school in New York City. He met his lovely wife, Helen, while attending mass on the same day at St. Patrick’s Cathedral in New York City. Max graduated from Flower Fifth Avenue Medical School in 1964, received specialty pathology training at The Armed Forces Institute of Pathology and Walter Reed Army Medical Center, where his first two children were born. He left the United States Army after several years as a Major in the Army Medical Corps. Max is survived by his wife, Helen Terstenyak Kremzar, a lifetime community volunteer in Evansville, always supported by her husband. Max is also survived by his three children, eldest son, Max Kremzar, his daughter, Vera Marianna Kremzar Wennogle (Chuck), and youngest son, Peter Nicholas Kremzar (Beth); and six grandchildren, Luke, Joey, and Matthew Wennogle, of Castle Rock, Colorado and Josie, Phillip, and Annalise Kremzar, of Elizabethtown, KY. He is further survived by his sister-in-law, well known European artist Vera Terstenyak Jovicic and brother-in-law, Nicholas Leon Terstenyak, of Slovenia. In addition to his parents, Max was preceded in death by his angel granddaughter, Veronica Wennogle, of Castle Rock, Colorado and his sister, Nada Kremzar, of Slovenia. Max served as parish council president for Holy Rosary Catholic Church in Evansville, IN in the 1990’s. He was a member of the Knights and Ladies of the Holy Sepulcher since 1994. His hobbies included European stamp research, publishing in stamp magazines, and stamp collection. Max was an avid history buff and passionate about the military and defending one’s freedoms. He was a major influence on his son and daughter’s decisions to serve like him in the U.S. Army and was extremely proud of his son, Peter, who served overseas on four deployments to the mideast as a Lieutenant Colonel and of his daughter, Vera, who served as a U.S. Army nurse in Germany. Max absolutely loved farming as a hobby, building property fences, and selling lumber with his oldest son, Max, and spent many decades raising cattle and farming crops on his much beloved farm property in Hazleton, Indiana. A Mass of Christian Burial will begin at 1:00 p.m. Saturday July 3, 2021 at Holy Rosary Catholic Church, 1301 S. Green River Rd., Evansville, IN 47715, followed by a private burial with family members only. Contributions can be made in Max’s name to Holy Rosary Catholic Church, IN. Condolences may be made online at www.ziemerfuneralhome.com

Max Jacob Kremzar, M.D. of Evansville, Indiana passed away on Saturday June 19, 2021 at Deaconess Midtown Hospital in Evansville, Indiana. Max was born in former Yugoslavia, in the country of Slovenia, to his parents the late Mila Ahlin and... View Obituary & Service Information

The family of Max Jacob Kremzar, M.D. created this Life Tributes page to make it easy to share your memories.

Max Jacob Kremzar, M.D. of Evansville, Indiana passed away on...