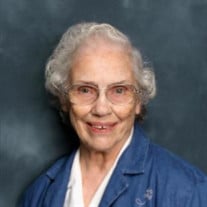 Sister Mary Anne (Sara Anne) Digenan died on December 24, 2020 at Seton Residence in Evansville, Indiana. Sister was born on January 21, 1926 in Easton, Missouri and was one of seven children of Arthur and Nora (Moyer) Digenan. She graduated from the Convent of the Sacred Heart in 1944 and St. Joseph Hospital School of Nursing in St. Joseph, Missouri in 1947 and entered the Daughters of Charity in St. Louis in 1949. After initial formation, Sister Mary Anne began her service in health ministry during which time she received a BSNE in Nursing Education from DePaul University in Chicago, Illinois, an MSN in Psych Nursing from Catholic University in Washington, D. C. and a PhD in Psychology from St. John University in Jamaica, New York. She also studied at Regina Mundi in Rome, Italy. Sister Mary Anne was sent to serve as a Psych Supervisor/Clinical Teacher at St Vincent Hospital in St. Louis, Missouri and as Director of Nursing Services at DePaul Hospital in New Orleans, Louisiana. She was missioned to Marillac College in St. Louis in 1967 as an Instructor until 1972 when she was named Formation Councillor of Marillac Provincialate. When her term was finished, Sister Mary Anne served as Director of Pastoral Care and Vice President of Mission at Seton Medical Center in Austin, Texas and St. Paul Medical Center in Dallas, Texas until 2000 when she became Director of Mission Development at Seton Center in Kansas City, Missouri. Sister was sent to begin ministry as a Spiritual Director at Naomi House Residence in Bridgeton, Missouri and at Eldon Residence in Maryland Heights, Missouri until she came to Seton Residence in Evansville to serve in the Ministry of Prayer. Sister Mary Anne will be buried in St. Joseph Cemetery. A memorial Mass will take place at a later date. Sister was preceded in death by her parents, her brothers Gerald, Terrance and Richard Digenan and her sisters Monica Digenan and Patricia Arnold and she is survived by her sister Rosemary (Sister Rosalie, D.C.) Digenan, nieces and nephews, her Sisters in Community, and many friends. Donations may be made to the Daughters of Charity, 4330 Olive Street, St. Louis, MO 63108.

Sister Mary Anne (Sara Anne) Digenan died on December 24, 2020 at Seton Residence in Evansville, Indiana. Sister was born on January 21, 1926 in Easton, Missouri and was one of seven children of Arthur and Nora (Moyer) Digenan. She graduated... View Obituary & Service Information

The family of Sister Mary Ann Digenan created this Life Tributes page to make it easy to share your memories.

Send flowers to the Digenan family.