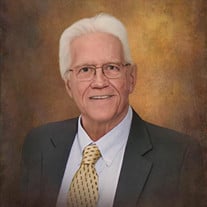 Joseph Edward Franklin, Jr., M.D. died Tuesday, March 22, 2022. Jef, as he was known, was born November 17, 1941, in Elizabeth, New Jersey, to the late Dr. Joseph E. and Lillian (Wesighan) Franklin. He graduated from the Pingry School and from Haverford College in 1963. He earned his medical degree from the New Jersey College of Medicine (formerly Seton Hall University) in 1967 and completed his internship and three years of residency in Obstetrics and Gynecology in 1971. He then served as a Major for two years in the United States Air Force in Homestead, Florida. He continued his training at St. Barnabus Hospital in Livingston, New Jersey, and became a certified Gyn-Oncologist. Jef was married to Neal W. Atwell on July 3, 1965, in Cooperstown, New York. They have four children; Joseph Edward Franklin, III (known as Ned); Pamela Grizzel (Anthony); Kathryn F. Redman; and Ellen W. Gintert (Andrew Brady). They have two grandsons, Andrew Brady II and William Franklin Gintert, and one great granddaughter, Athena Rose Nicole Robb. Jef was preceded in death by a granddaughter, Sarah Kathryn Redman, in 2021. The Franklins moved to Evansville in 1975 and Jef began his practice in Obstetrics and Gynecology at the Welborn Clinic. It is estimated that he delivered over 3,500 babies. As the only Board Certified Gyn-Oncologist in the tri-state area at that time, he performed surgeries at all three hospitals, so the referring physician could participate in his patients' recoveries. Dr. Franklin was a Past President of Rolling Hills Country Club, Past President of the Welborn Physicians and Past President of the Coterie, a long running dance club in Evansville. He was a member of the Newburgh VFW, Green River Kiwanis, the Varsity Club of the University of Southern Indiana and the Evansville Duplicate Bridge Club. He was honored to be named a member of the President's Circle at USI. An avid golfer, who had scored several holes-in-one, Jef planned on playing daily upon his retirement in 2007, but was unable, so he turned that energy into playing Duplicate Bridge. He quickly became a Silver Life Master and also a Director of the Game. Visitation will be from 2:00 p.m. to 4:00 p.m. Wednesday, April 6, 2022 at Ziemer Funeral Home East Chapel, 800 S. Hebron Ave., Evansville. Funeral service will begin at 4:00 p.m. at the funeral home with Reverend Jeffrey Stratton officiating. Memorial contributions may be made to the USI School of Medicine, 8600 University Blvd., Evansville, IN 47712-9989, Vanderburgh Humane Society, 400 Millner Industrial Dr., Evansville, IN 47710 or a charity of your choice. Condolences may be made online at www.ziemerfuneralhome.com.

The family of Joseph Edward Franklin, Jr. M.D. created this Life Tributes page to make it easy to share your memories.