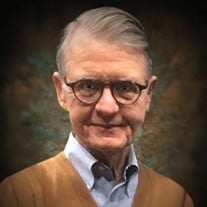 Jerry Allen Whipple, 73, passed away at the Linda E. White Hospice House on September 12, 2020, after struggling with an illness for several months. He was the son of Lloyd G. and Betty Whipple, and he was born in Evansville on August 14, 1947. He lived in Evansville most of his life. Jerry was in the first class at the new William Henry Harrison High School when it opened in 1962, graduating in 1965. He attended Indiana University, where he was a member of the Alpha Tau Omega fraternity. He graduated from IU with a degree in Business in 1969 and went on to earn an MBA degree from the IU Kelley School of Business in 1976. Jerry started his career in the insurance business in Indianapolis, and he later established Ohio Valley Insurance in Evansville. He was also a residential real estate developer and took over his father’s real estate interests after he passed away. In recent years, Jerry worked primarily as an investor. He was a long-time investor in Berkshire-Hathaway, Warren Buffett’s holding company, and he loved attending the Berkshire annual meetings in Omaha. Jerry was a life-long baseball enthusiast, starting with little league, playing shortstop and pitcher on the Harrison baseball team, and pitching as a freshman at IU. He was a devoted fan of the NY Yankees, and he was involved with the Tri-State Hot Stove League, a non-profit organization that supports a variety of initiatives focused on youth athletics. He traveled to New York City frequently over the years, enjoyed meals at some of the finest restaurants in the city, and was a member of the New York Athletic Club. Jerry was truly one of a kind, and the world is less interesting without him. Most of all, he will be remembered for his infectious laugh, his unique sense of humor, and his generosity. We wish we could hear that laugh again. Jerry was preceded in death by his parents, for whom he provided devoted care, and his sister, Shirley A. Titzer. Jerry is survived by his adopted family, Demi (Cezanne) Allen, Jennifer (Brent) Raibley, and Paige (Troy) Henning, and extended family. Visitation will be held from 4:00 p.m. to 8:00 p.m. Friday, September 18, 2020 at Ziemer Funeral Home East Chapel, 800 S. Hebron Avenue. Memorial services will be held at 11:00 a.m. on Saturday, September 19, 2020 at the Allen Amphitheater LOCATED AT THE OLD LOCK AND DAM PARK IN NEWBURGH, IN. Services will be live streamed on the Ziemer Funeral Home and Cremation Services Facebook page. In lieu of flowers, donations may be made in Jerry’s honor to the Linda E. White Hospice House, 611 Harriet Street, Evansville, IN 47710, the Tri-State Hot Stove League, 4600 N. Congress Ave., Evansville, IN 47711-3028 or the Wesselman Nature Society, 551 N. Boeke Road, Evansville, IN 47711. Condolences may be made online at www.ziemerfuneralhome.com.

Jerry Allen Whipple, 73, passed away at the Linda E. White Hospice House on September 12, 2020, after struggling with an illness for several months. He was the son of Lloyd G. and Betty Whipple, and he was born in Evansville on August 14, 1947.... View Obituary & Service Information

The family of Jerry Allen Whipple created this Life Tributes page to make it easy to share your memories.

Send flowers to the Whipple family.