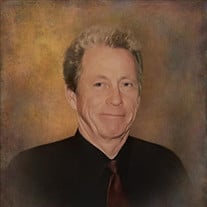 Jack Wayne Hunsinger, 75, of Evansville, passed away Friday, July 30, 2021 at his home. He was born December 29, 1945 in Evansville, IN to the late John Jackson and Constance “Connie” (Schuble) Hunsinger. Jack attended North High School. He was an accomplished mechanic, working at Ford Motor Company, Vintasia Carriage Works, Elliott’s Parts and Service and Big4Cycle. Jack was a friend of Bill and he lived life to the fullest. He had a great love of motorcycles and was recently planning a trip to Key West. Jack also enjoyed shooting and boating. Jack is survived by his loving and faithful wife of 22 years, Betty (Bartley) Hunsinger; daughters, Julie Hunsinger-Rosier and Melody Hunsinger; son, John Hunsinger; stepdaughters, Jennifer and Lindsay Martin; granddaughter, Khloe Durbin; step-granddaughter, Kaylee Kramer; sister, Jane (Hunsinger) Gordon; special friend, Jeff Achilles; nieces and nephews. In addition to his parents, Jack was preceded in death by his daughter, Marybeth “Nicole” Durbin and granddaughter, Brooklyn Bradshaw. Visitation will be from 3:00 p.m. to 7:00 p.m. Tuesday, August 3, 2021 at Ziemer Funeral Home East Chapel, 800 S. Hebron Avenue, Evansville. A funeral service will begin at 7:00 p.m. at the funeral home. Burial will take place at a later date. Memorial contributions may be made to the family for his granddaughter, Khloe’s, education. Condolences may be made online at www.ziemerfuneralhome.com.

The family of Jack Wayne Hunsinger created this Life Tributes page to make it easy to share your memories.

Send flowers to the Hunsinger family.