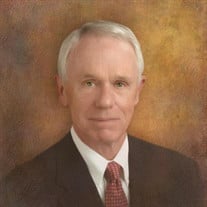 Dr. William Johnson Millikan, Jr, 79, passed away peacefully on Sunday, July 25, 2021. He was born on Dec. 6, 1941 in Indianapolis, IN to the late Jessie Schuman and Dr. William J. Millikan. After moving to Florida as a child, Bill graduated from Ft. Lauderdale High School. He returned to Indiana to attend Wabash College in Crawfordsville. Upon graduating from Wabash, he began his medical career by attending Indiana University School of Medicine. Even though surgery was always his first love, he initially entered a residency in Internal Medicine at IU. He then entered a General Surgery residency at Emory University in Atlanta, GA. Throughout his career, Bill felt strongly that this combined focus on medicine and surgery allowed him to better care for his patients after the complex operations he often performed. In 1972, he entered academic surgical life while at Emory, working with world renowned surgeons such as Dr. Dean Warren and Dr. Tom Shires. While working together in the clinic and the laboratory, these mentors rapidly became close friends. As a professor of General Surgery at Emory, Bill developed a fascination with liver disease, resulting in numerous publications, and ultimately serving as the foundation for Emory's Liver Transplant Center. Eventually, Bill left Emory with Dr. Shires, travelling to Texas Tech University in Lubbock, TX. There, he worked alongside Dr. Shires to establish a Level 1 Trauma Center, serving all of West Texas and the surrounding states. During his time in Georgia, Bill also served in the Air Force Reserves based at Dobbins Air Force Base. There, he was in charge of the medical unit, and took this unit into active duty during Desert Storm. He retired from the Air Force as a Colonel after 20 years of service. From Lubbock, Bill and his family moved to Evansville, IN, where he joined Evansville Surgical Associates as a general surgeon in private practice. During his fourteen years with ESA, he continued to enjoy a busy clinical practice, with a focus on caring for patients injured in traumatic accidents. During this time, he also worked tirelessly to help St. Vincent Evansville achieve and maintain its status as a Level 2 Adult and Pediatric Trauma Center. This has in turn improved the care for countless patients throughout Evansville, as well as surrounding communities in the Tri-State. After retiring from clinic practice, Bill served as CEO of the St. Vincent Evansville Medical Group, helping to support and grow the team of physicians under his leadership. From the beginning of his career, to his retirement, Bill always worked to provide an excellent standard of care for his patients. This was perhaps most reflected in his habit of sitting at a patient's bedside throughout the night, in case their condition changed. Bill loved waterskiing, boating, his Labrador Retrievers, country music, Tom Clancy books, and a rigorous schedule of running and working out. Bill is survived by his wife, Phyllis and his two children, Katie (Ricky) Hammer and Patrick (Beth) Millikan; his four grandchildren, Callie(8), Hudson(4), William(4), and Caroline(1), as well as several nieces and nephews. In addition to his parents, Bill was preceded in death by his two sisters, Beverly Allen and Sarah Jane Miller. Bill’s family loves him and will miss him dearly. Bill has requested to forego a public service. His family will hold a private memorial at his request at a future date. Memorial donations can be made to Love of Labs, Indiana at LOLIN.org. Condolences may be made online at www.ziemerfuneralhome.com.

Dr. William Johnson Millikan, Jr, 79, passed away peacefully on Sunday, July 25, 2021. He was born on Dec. 6, 1941 in Indianapolis, IN to the late Jessie Schuman and Dr. William J. Millikan. After moving to Florida as a child, Bill graduated... View Obituary & Service Information

The family of Dr. William Johnson Millikan, Jr. created this Life Tributes page to make it easy to share your memories.