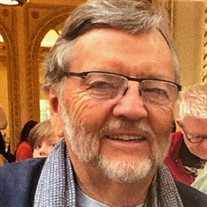 Douglas Byron Wink died peacefully at home on June 28, 2021. He was born in Evansville on April 26, 1942, the oldest son of Clarence Wink and Vivian Parmele. He attended Bosse High School and graduated from Evansville College where he was a member of the Lambda Chi Alpha fraternity. Following his college graduation he joined the Army Reserves and traveled to Fort Leonard Wood, Missouri. He served at Fort Gordon in Augusta, Georgia. On completion of his military service, he returned to Evansville, married his college sweetheart Karleen, and joined his father’s home building business and grew it into Wink Construction, Inc., a commercial and industrial general contracting company. For almost 50 years, under Doug’s leadership, Wink Construction flourished. This “new’ company breathed new life into Evansville by building and modifying hundreds of structures in the tri-state area. Doug spent his adult years actively involved in service to his community. Doug received the Distinguished Service award from the Better Business Bureau for his service on their board of directors. He served many years on the Indiana Carpenter’s Pension Board. Mr. Wink was a long time member of the Evansville Rotary Club. Doug enjoyed and was involved in many interests and activities throughout his life. He traveled extensively with his wife and family. His love of snow skiing was contagious, and there were innumerable trips with family and friends to the mountains. He loved cars and car racing, a passion he shared with his son and grandson. Doug was a member of the Porsche Club of America. He collected and drove many over his lifetime, and it gave him great joy to allow his grandson to race one. He played tennis and pickle ball with friends for over 50 years. He loved BMW motorcycles. He made annual trips to the BMWMOA rally with his lifelong friend, Roger Fisher, from 1994 to 2021. Together they rode through all 48 states of the continental United States. Doug was rugged and adventurous. He conquered everything he attempted. He loved and participated in many things, but he was most devoted to his wife, his children and grandchildren. His oldest grandchild named him Papa Doug and that stuck. He spent lots of time with all of his grandchildren and reveled in their attention. He is survived by Karleen Wink, his wife and companion of 54 years; their son, Graham Wink, his wife Jama, and their children, Penny and Cooper; their daughter Dr. Logan Wink, her husband Chuck Pate, and their children, Emmett and Sawyer; his faithful and ever-present dog, Rox; and his sister, Sharon Johnson. Visitation will be from 2:00 p.m. to 5:00 p.m. Saturday, July 17, 2021 at Ziemer Funeral Home North Chapel, 6300 N. First Avenue, Evansville. Memorial contributions may be made to the Vanderburgh Humane Society, P.O. Box 6711, Evansville, IN 47719-6711 or the Rotary Foundation of Evansville, P.O. Box 1131, Evansville, IN 47706. Condolences may be made online at www.ziemerfuneralhome.com.

Douglas Byron Wink died peacefully at home on June 28, 2021. He was born in Evansville on April 26, 1942, the oldest son of Clarence Wink and Vivian Parmele. He attended Bosse High School and graduated from Evansville College where he was... View Obituary & Service Information

The family of Douglas Byron Wink created this Life Tributes page to make it easy to share your memories.

Send flowers to the Wink family.