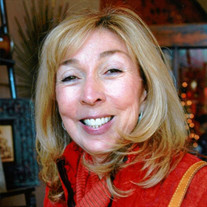 Dorothy Ann Howell, devoted, fun-loving mother and wife, passed away in her home in Evansville, Indiana on the evening of October 26th with family by her side. Doctors removed a malignant tumor nearly a decade ago, but she, being the strong... View Obituary & Service Information

The family of Dorothy Ann Howell created this Life Tributes page to make it easy to share your memories.

Send flowers to the Howell family.