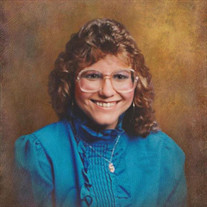 Deborah “Debbie” Garnett, 68, passed away at her home on October 23, 2021. Debbie was born on April 30, 1953, in Evansville, IN to the late Curtis and Mary Luella (Barfield) Garnett. She attended Holy Spirit elementary school and graduated from North High School in 1971. She worked for 17 years at Great Scot Buehler’s supermarket chains. She retired from Buehler’s Market, and after a few other small jobs, she went to work as a full-time administrative employee at Riverwalk Communities, an assisted living facility located in downtown Evansville, Debbie retired in December of 2018. Debbie was part of a very large, loving family. She especially enjoyed the Garnett family reunions, as well as gatherings with her Barfield relatives. In addition to being an avid reader, she enjoyed needlework, dining out with family, and was a devoted fan of the Evansville Otter’s baseball team. Debbie is survived by her sister Linda Crawford of Cincinnati, Ohio; sister Pat Adamian of Sunnyvale, California; brother Curtis Garnett of Greenwood, IN and numerous nieces and nephews. In addition to her parents, she was preceded in death by her siblings Thelma Hofmann, Louise Beouy, Juanita Gish, Charles “Bud” Garnett, Judith Hancock, Doris Bush, and Jim Garnett. Visitation will be from 3:00 p.m. to 7:00 p.m. Tuesday, November 2, 2021, at Ziemer Funeral Home East Chapel, 800 S. Hebron Ave., Evansville. Funeral service will begin at 10:00 a.m. Wednesday, November 3, 2021, at the funeral home with Reverend Tim Garrett officiating. The funeral service will be live streamed on Ziemer Funeral Home and Cremations Facebook page starting 15 minutes prior to service time. Burial will be at Sunset Memorial Park Cemetery. In lieu of flowers, memorial contributions may be made to Catholic Charities USA, 2050 Ballenger Ave., Suite 400, Alexandria, VA 22314.

The family of Deborah Garnett created this Life Tributes page to make it easy to share your memories.

Deborah “Debbie” Garnett, 68, passed away at her home on October...

Send flowers to the Garnett family.