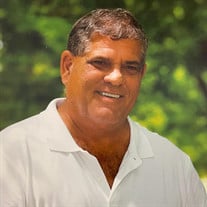 Daniel J. Fuller, 72, of Evansville, passed away Tuesday, November 23, 2021 at his home. He was born August 7, 1949 in Evansville to the late James C. and Martha Louise (Maurer) Fuller. Dan graduated from Castle High School in 1967 and served in the U.S. Marines from 1967 to 1969 in the Vietnam War where he received the Purple Heart, National Defense Service Medal and the Marksman Badge. Dan retired from Sterling Boiler and Mechanical after 25 years. He was a member of the VFW Post 2953 and the American Legion Kapperman Post 44. He was very active at the VFW 2953 where he served as Post 8th District Commander, Chief of Staff for the State Commander, as well as serving in many other offices. Dan was honored as Veteran of the State in 2012 and also received the Eisenhower Veteran Award. He enjoyed cooking, barbequing and spending time with his family. Dan also enjoyed spending time at his river camp and boating. Dan is survived by his wife of 31 years, Pat (Wolf) Fuller; daughter, Christina Phillips (Dwayne); son, Daniel Fuller, Jr.; siblings, Patricia Sullivan (John) of Dover, NH, James C. Fuller, Jr. (Connie) of Rockport, IN, John (Louie) Fuller of Dale, IN, Margaret “Kathy” Rasnic (Paris) of Berryville, VA, Amy Mattingly (Larry) of Newburgh, IN, Donna Boyer of Newburgh, IN, Martha Schenk (Jim) of Evansville, IN, Thomas Fuller (Lisa) of Evansville, IN, Robert Fuller (Sandi) of Boonville, IN, Laura Gentry (Ken) of Newburgh, IN, Stephanie Herron (Bruce) of Stanley, KY, Michael Fuller (Helen) of Chandler, IN; three grandchildren; four great grandchildren; numerous nieces and nephews. In addition to his parents, Dan was preceded in death by his sister, Mary Elizabeth Fuller; brother, David L. Fuller; and brothers-in-law, John Boyer and Jesse Lee Mattingly. Visitation will be from 3:00 p.m. to 8:00 p.m. Monday, November 29, 2021 at Ziemer Funeral Home East Chapel, 800 S. Hebron Ave., Evansville. Visitation will continue from 9:30 a.m. to 10:00 a.m. Tuesday, November 30, 2021 at St. John the Baptist Catholic Church, 625 Frame Road, Newburgh. A Mass of Christian Burial will begin at 10:00 a.m. with Father Tom Kessler officiating. Burial will follow at St. Joseph Catholic Cemetery where Military Rites will be conducted. Memorial contributions may be made to the VFW Post 2953, 1800 Pollack Avenue, Evansville, IN 47714 or any organization to benefit our Veterans. The family would like to thank the many friends, family and caregivers that helped with Daniel’s care. Condolences may be made online at www.ziemerfuneralhome.com.

Daniel J. Fuller, 72, of Evansville, passed away Tuesday, November 23, 2021 at his home. He was born August 7, 1949 in Evansville to the late James C. and Martha Louise (Maurer) Fuller. Dan graduated from Castle High School in 1967 and served... View Obituary & Service Information

The family of Daniel J. Fuller created this Life Tributes page to make it easy to share your memories.

Send flowers to the Fuller family.