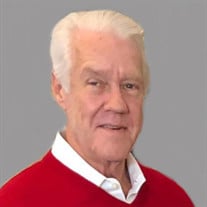 Charles “Phillip” Raben passed away peacefully surrounded by his loving family on August 21, 2021 at the age of 71. Phill was born on May 22, 1950 in Evansville to the late Henry (Butch) and Evelyn (Flittner) Raben. Phill’s greatest passion in life was family. Growing up with twelve siblings, this passion started from the beginning and was a mentality he applied both at home and in business. He is survived by his wife of 50 years Sandra (Baechle) Raben, and children Brad (Meredith), Greg (Teresa), Adam (Erin) and Laura Raben; his brothers, Tom, Mark, Larry, Jeff, James, and Jon Raben; sisters, Madonna Niemier, Sharon Bradley ,Angie Barr, Jenny Raben, and Cindy Muensterman; many nieces and nephews. Phill “Pops” loved being surrounded by his eight grandchildren: Nathan, Maggie, Carter, Stella, Trey, Deacon, Dylan and Reese. Phill and Sandy are current members of Holy Rosary church and former longtime members of St. Joe in the county (1971-2013). Phill attended the University of Evansville where he was a member of the Sigma Phi Epsilon fraternity. After the passing of his father, Phill, along with his brothers, grew Raben Tire Company from a single location to one of the largest tire and service companies in the Midwest. Phill served in key leadership roles for the company until his retirement in 2014. In addition to the growth of Raben Tire, Phill was also instrumental in developing an early point of sale software utilized by the tire industry. His family first mentality earned Phill great respect and credibility among industry, employees and customers alike. Phill treated everyone he met like family and always had a kind word or helping hand for anyone that needed it. Phill’s smile, laugh and overall gentleness with people, made him a friend to many. Phill was an avid golfer and served as President of Evansville Country Club in 2003. He was a fixture at many golf tournaments, winning the Past Presidents Tournament and in 2004, the Old Buddy tournament with his longtime friend, John Daniel. Phill was also a talented woodworker; an aptitude he put to good use remodeling a log cabin at Lake Barkley, with his boys, creating memories they will always cherish. Phill and Sandy also enjoyed traveling together and took many trips domestically and abroad. Phill was preceded in death by his parents, and sister Susie (Raben) Evans. Visitation will be from 2:00 p.m. to 7:30 p.m. on Tuesday, August 24th with a memorial service beginning at 7:30 p.m. at Ziemer Funeral Home East Chapel, 800 S Hebron Ave, Evansville, 47714. The visitation will continue from 9:00 to 10:00 a.m. Wednesday August 25th, at Holy Rosary Catholic Church, 1301 S. Green River Road. A Mass of Christian Burial will begin at 10:00 a.m. Wednesday, at the church with Father Bernie Etienne officiating. Burial will be at St. Joseph Cemetery. Memorial Contributions may be made to The Alzheimer’s Association, 701 N Weinbach Avenue, #510 Evansville, IN 47711 or Holy Rosary Catholic Church, 1301 S. Green River Road., Evansville, IN 47715. The family would like to thank the Medical Staff at Ascension St. Vincent Hospital for their care of Phill. Condolences may be made to www.ziemerfuneralhome.com.

The family of Charles Phillip Raben created this Life Tributes page to make it easy to share your memories.

Send flowers to the Raben family.